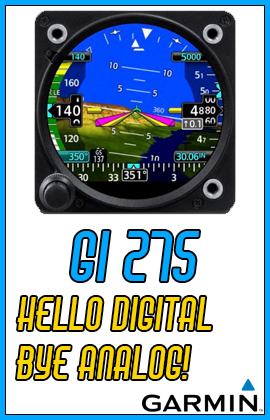 For U.S. aircraft owners seeking the simplest, most cost-efficient way to meet the basic requirements for ADS-B “Out” equipage, our GDL 82 datalink offers a money-saving solution. It’s a nonintrusive, easy-to-install datalink device that is designed to work with your existing Mode C transponder and transponder antenna, enabling you to meet ADS-B “Out” requirements with a minimum of cost, downtime and disruption to your panel.

Under the provisions for NextGen ATC implementation, all aircraft operating in controlled U.S. airspace will need to be equipped with Automatic Dependent Surveillance – Broadcast (ADS-B) “Out” technology before end-of-year 2019. Systemwide, ADS-B is designed to enhance the safety of flight by making your aircraft visible in real time to ATC and to other ADS-B equipped aircraft operating in your vicinity. GDL 82 offers a smart, no-hassle, UAT-based solution that connects with your existing Mode C transponder/antenna cabling to provide the capability needed for operation below Class A airspace (18,000') over the U.S. If you’ve been waiting and weighing your options in hopes of finding a value-priced way to keep your aircraft flying with compliant ADS-B, our GDL 82 datalink could well be the answer you’ve been looking for.

The precise GPS position information needed to meet the requirements of ADS-B can be provided either by the compatible WAAS navigation system that you may already have in your panel — or by GDL 82 using its built-in WAAS GPS receiver and the included GPS antenna. The GDL 82 datalink then broadcasts this information to the ADS-B ground station network for relay to ATC and other ADS-B “In” equipped aircraft in your area. Transmitting on the 978 MHz UAT frequency provided for lower-flying aircraft in U.S. airspace, your GDL 82 works seamlessly with ATC protocols. The ADS-B reports provide ground controllers with considerably faster updates than traditional radar. And by simultaneously broadcasting this information to ADS-B “In” display-equipped pilots, the technology enables them to see essentially the same traffic picture for their location that ATC is watching on the ground.

The NextGen rules require that your ADS-B “Out” source must be able to squawk the same code as your transponder. GDL 82 will automatically synchronize with your onboard Mode A/C transponder for its squawk code and pressure altitude data and then transmit that data through its own datalink. Not only does this provide a single point of data entry for ADS-B “Out,” but it also allows you to meet the new regulations without the need for expensive control system or transponder upgrades. GDL 82 works in the background to make code entry fast and easy — while it’s helping to make your path to ADS-B compliance as simple, straightforward and cost-effective as it can possibly be.

Want to fly with anonymity?

There are private pilots. And then there are extra-private pilots who want to keep their identities off the traffic screens of other ADS-B “In” equipped aircraft (containing business competitors, perhaps?). GDL 82 and its UAT technology can allow for this extra measure of identity security with “Anonymous mode.” Most conventional ADS-B devices are designed to transmit your aircraft’s ICAO number — a discrete “hex code” assigned by FAA as part of your aircraft’s certificate of registration. If you’re flying VFR, however, you can have GDL 82 set to mask your aircraft’s ID from being transmitted to other receivers whenever your transponder’s squawk code is set to 1200. ATC can still track you with ADS-B precision. But your GDL 82 simply won’t transmit your aircraft’s N-number to other pilots in the airspace.